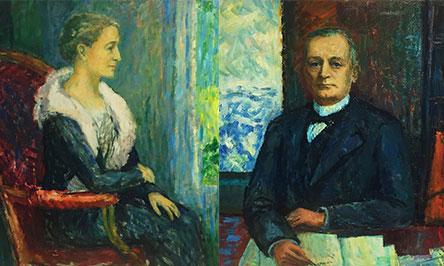 Halfdan Wilhelmsen (born in Tønsberg in 1864, died in 1923) was a Norwegian shipowner and vice consul. After trading as a gymnast he was employed at brokerage and shipowners offices in England, Germany and France.

From 1887 he became co-owner of his father's company, Wilh. Wilhelmsen, a company he later worked on to become the largest shipping company in the Nordic countries. Halfdan Wilhelmsen was one of the pioneers in the transition from sailing ship to steamship.

He was married in 1891 to Ragnhild of Larvik.

In 1915 he was appointed knight of the first class of the Order of St. Olav. He is also a knight of the Danish Dannebro Order and the French Legion of Honor.

Halfdan Wilhelmsen's avenue in Tønsberg is named after him.

The history of the building 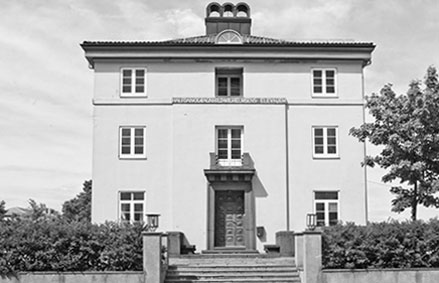 Wilhelmsen House is located in the venerable Student Home. It was completed in neoclassical style in 1926. The house was given in its time by the gift of Halfdan and Ragnhild Wilhelmsen and was to be used for student housing and education of nurses in Tønsberg.

The student home became an important prerequisite for the expansion, operation and development of the Hospital. For a while, the plan was to demolish the building in favor of parking spaces, which ignited the commitment of many in Tønsberg. In 2013, the Tønsberg-based investor Hans Petter Bjarøy bought the building and decided to further develop the Elevhjemmet.